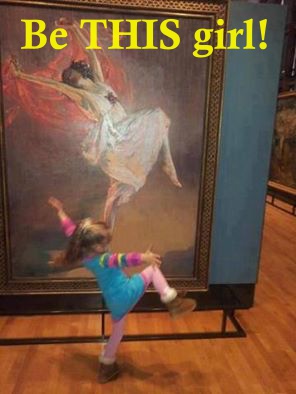 Weathering the Winter at Anchor

When I knew I had to repatriate to the U.S. from Panama because of my COPD and the fact that Medicare doesn’t pay when you step outside the country I knew there was only one way I could survive on the income I have, and that would be to either buy and live on a small boat or buy a van and live “down by the river.”

I am completely dependent on SS and it nets out at a little over $1,100 after paying the Part B Medicare. Now THAT was one of the smart things I did when I moved to Panama. I kept paying that Part B. While I fully believed I’d die down there and never return to the States, ya never know!

Anyway, since I spent most of my working life either running or fixing up boats that’s what I decided I should get. My friend, Stef, with whom I’d worked for more than 20 years and I started a search and sent emails back and forth about possible boats. He wanted to put me in a 30 footer which, in many ways, would be great except for one thing. I wasn’t going to be sitting idle in a marina somewhere. Don’t have the money for that. Dock rentals these days come close to what it costs to rent an apartment for crying out loud.

No, I decided it would be kinda cool to go take a cruise in waters I was mostly unfamiliar with and venture into waters I hadn’t been on in decades. In my early days living in Louisiana I worked running a crew boat in the Kerr-McGee production field in Breton Sound. If you look on a map there’s a long chain of barrier islands from the panhandle of Florida all the way westwards into Mississippi and then southwards in Louisiana. Breton Island is the last in the chain. We actually lived on the island. Seven days on and seven off. The crew boats, there were four of us, would take the hand out to their facilities and then from well to well for them service. Back then the Island was roughly a half mile long and perhaps a quarter mile wide at it’s widest. Now, though, with all the hurricanes that have swept up through the Gulf since 1978 there’s practically nothing left of the island. A couple of hundred yards at best. I thought it would be kind of neat to cruise on over, take a look and take some photos.

As I mentioned in a previous post I only made it as far as Carrabelle in the eastern panhandle of Florida when it all came to a crashing end. It was the 5th of July at 2 a.m. when I called a “Mayday” on my handheld radio. I could barely breath and it was nearly impossible for me to even sit up. I actually thought I was dying and was telling myself, “It’s all right to let go.”

Surprisingly the Coast Guard station in Mobile, Alabama, over 200 miles away, picked up my 6 watt call of distress and dispatched a Sea Tow boat from Panacea to evacuate me 16 miles out in the Gulf. We were met by an ambulance at the dock in Panacea and I spent the next 16 days in Tallahassee Memorial Hospital and Health South. I had a complete renal shut down caused by severe dehydration. On the positive side, I guess, I learned that I had a 2cm bladder stone and a 1cm kidney stone. I’ve had kidney stones and this is a pretty good sized one, .4-inch. THAT’S going to be fun when it decides to move.

Obviously Breton Island was out. Now what was I going to do? Where was I going to go? Fort Lauderdale, a place I’ve lived in off and on for 35 years was out. Too big now. I remember when the tallest building in Lauderdale was FOUR STORIES TALL. The old Burdine’s downtown where the county offices are now. It’s also too expensive there. The price of a slip in a marina, if they’d even let me stay in a marina with my boat, would be almost as expensive as an apartment. The Keys were out, too for many of the same reasons. I decided I should try wintering it out at Bradenton Beach, a little south of Tampa Bay.

I’d stopped in there on my way north to wait for some papers for the boat insurance. There’s a large anchorage with fair weather protection from the north and northwest but wide open to south and southeast. There are some other nice, smaller anchorages within less than an hour run (I do 5 mph on a good day). There’s a nice dinghy dock available and a free “trolley” runs the length of Anna Maria Island from 6 a.m until 10 p.m. It passes by a Walgreens and a CVS pharmacy, Publix supermarket, an Ace and True Value hardware stores, a Dollar Tree store and a ton of restaurants. Then, if I need something more there’s a bus every hour that goes over to what I call “The Dark Side” i.e. the mainland. There are two, the Cortez #6 and the Manatee #3. I generally take the Cortez which will take me to Wally World, Home Depot or Lowe’s, Marshall’s, Bed Bath and Beyond, Burlington Coat Factory, West Marine and the YMCA (now simply the Y). I joined the Y to be able to use their fully-equipped health spa and to be able to take a hot shower a few times a week. There are no hot showers on a 22-foot sailboat.

When spring time comes I think I’m going to head south. I had been thinking about going back across the state and north to the Saint Johns River but now I think I’ll stick around this side of the peninsula. I’ve never been to the Saint Johns though I’ve passed its mouth in the many trips I’ve made up and down the Atlantic ICW over the years. There are a lot of cool places over here that I passed by on my way north last spring on my way to Louisiana that I should check out more closely. And then go on down into the 10,000 Islands section of the state and the Everglades National Park. All in all it’s a couple of hundred miles but I can get back to Bradenton Beach in a week, week and a half if I push it and spend another winter here. We’ll see.

Tagged as Anchoring, Bradenton Beach, Living at anchor, Living on a sailboat, Living on the hook, Living Small, Venture 22, Wintering aboard in Florida

It’s days like this that make me wish I was living in a van down by the river instead of on a 22-foot sailboat anchored in Bradenton Beach, FL.

It’s completely overcast now that the dense morning fog has lifted. The wind’s strong out of the south gusting to 25 mph. The boat is bouncing around in the two to three foot whitecaps we get here when the wind’s whipping across the 15 mile fetch of Sarasota Bay. It’s not real cold. Mid 50s. Rain is forecast for later in the day.

When the conditions are like this one becomes boat-bound. Could get off if it was an emergency, but since it’s not then one stays put. In a van you can at least chug on down to the store or a mall. People in vans and RVs don’t have to worry about their anchors dragging and running aground or into the rocks to leeward. And they don’t have to worry that another van or RV is going to break loose from its mooring and run into THEM!

But I have plenty of food for several days and good books to read so it could be a lot worse. At least it’s not snowing!

Comments Off on Yucky Weather

Tagged as adventure, bad weather, Living in a van down by the river

What You Need To Make A Voyage

Recently in one of the Facebook groups I run someone asked me if it was possible to go from New Jersey to Florida in a twenty-two foot boat.  Well, you could do it in an inner tube I suppose, but having been up and down the east coast from Cape Cod to Key West a half dozen times I said it shouldn’t be a problem. I said I would run up and down the two big bays, Delaware and Chesapeake and then down the ICW (Intracoastal Waterway) and would avoid going “outside” at all costs. I don’t know exactly where he’s starting from in New Jersey and I’ve always run outside along the coast, there, but if one chose their weather with care it’s only a couple of hundred miles and there are inlets along the way to duck into when things turn yucky.

I should have said, and I’m going to post this to the group when I’m done, is that I just made a voyage from Fort Lauderdale, across the state via the Okeechobee Waterway and all the way up to Carrabelle in the eastern end of the panhandle and then back down to Bradenton Beach, FL where I am wintering at anchor on a 22-foot sailboat. These are some of the things that made it possible.

A GPS. I bought a Dual GPS for a hundred bucks.

It’s small. About 2 inches square and works via blue tooth onto my iPad. It also works on Android tablets as well.

I then purchased the Pro Charts navigation system. It has electronic charts that cover all of the U.S. I bought the premium package because it updates the charts weekly though you could easily get away with just the free download.

Then, I got the electronic version of Waterway Guide. I found this to be extremely valuable for finding places selling fuel; free anchorages, although with a shallow draft boat with a swing keel very few places are inaccessible; bridges and their heights, marinas, if you’re so inclined. Don’t leave home without this.

Comments Off on What You Need To Make A Voyage

In the past I have tried to keep politics off of this blog, but since the election of the the whiniest, most petulant asshole in the whole history of the presidency I will NOT keep my mouth shut. If you support Trump this is NOT the blog for you. You may comment but it will be consigned to the trash bin as soon as I read it. Don’t like that? Then start your own damned blog and don’t bother coming here…

Comments Off on No more Mr. Nice Guy!

Comments Off on Happy New Year