I’m not sure how to go about this, but I’m probably going to have to shift gears away from the whole idea of getting a boat and traveling around on the waterways. At least a boat large enough to live on.

This morning (Sunday, June 5th) I had a long talk with my good friend and former business partner in Fort Lauderdale. About a year ago Stef suggested I return to the States and we’d look for a boat etc., it’s all outlined in previous posts. Several of the subjects we talked about have been nagging at the back of my mind through all my writing and mental masturbation about sailing around the inland waterways of the U.S. The main concern was that with the seriousness of my COPD how was I going to deal with such chores as raising the anchor(s), raising the mast, raising the sails? The short answer is I don’t have a friggin’ clue! And I mentioned several times in my posts that I wasn’t sure if I’d be physically able to do what was needed.

I’d hoped that where Stef was living would be a place where I could build a dinghy and do what needed to be done to get the boat ready to be lived on. Well, alas, it’s NOT! And I don’t know anyone else who would have the facilities where I’d be able to do what I need to. Stef has always been pushing me to get a boat bigger than I think I’d want, and one of the problems with boats is the living area. Between half and a third of a sailboat’s length is taken up by the cockpit. Sure, you can put up a Bimini top, and the smaller boats have a “pop up” cabin top for additional headroom but mostly it’s inadequate even then.

So, is there an alternative? Yes, and I’ve toyed with the idea though I haven’t voiced it in any of my online forums…LIVING IN A VAN DOWN BY THE RIVER!

While both Stef and I are skilled at boat repair and restoration, he more than me, but I’m adequate, one thing Stef has beaucoup experience at is mechanics. He used to have a small chain of Volkswagen engine rebuild shops in New York years ago. If you brought the car in by 8 in the morning you could drive it home that evening with a rebuilt engine.

Now, I didn’t know this even after I’d known him for several years and had worked with and for him all that time. How I came to find out is a good story…

After I returned to the States after four years abroad in France, Spain, Mexico, Belize and Guatemala, I looked Stef up at his house. We were both at loose ends without work and little money. He had an American Skier (that’s a make) boat in his carport. I suggested that we paint the thing and split the proceeds. (This is NOT the boat but one just like it down to the name on the side.)

“The engine’s shot,” he said. “Doesn’t run.” Then he was silent for a couple of minutes and said, “Come on over here around 7:30 tomorrow morning.”

When I got there he had a table set up of a 4X8 sheet of plywood sitting on a pair of saw horses. There was an electric motor on a pedestal stand that had a large wire wheel on it and he had a couple of things I’d never seen before and didn’t know what they were. One was an engine stand… 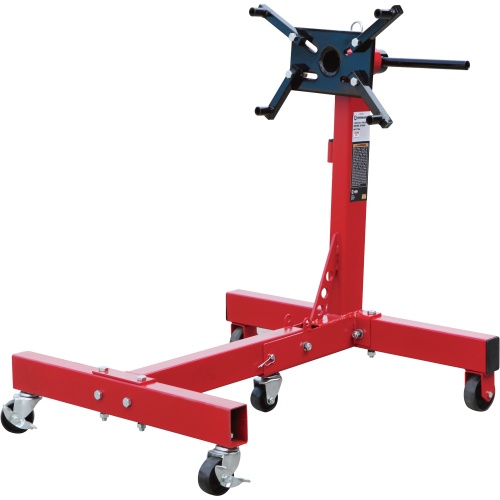 And an engine hoist. 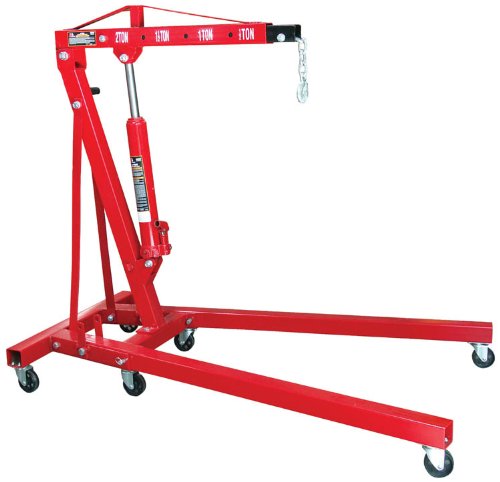 He had already uncoupled the engine from the shaft coupling before I showed up. In about 15 minutes the engine was hooked up to the hoist and lifted out of the boat. In another 15 minutes it was mounted on the stand.

What he did next left me scratching my head. He started to dismantle the engine and throwing parts seemingly helter skelter  into a couple of five-gallon plastic buckets. 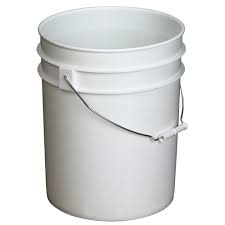 Just in case you forgot what one looks like…

Freaked me out!!! I would have been putting everything in some kind of order on the table, but NOOOOO! The only things he put in an orderly fashion on the table were the eight pistons. When there was nothing but a the empty engine block on the stand he wiped his hands and said “Now, I’m going to go to Engine Rebuilders Warehouse for parts. While I’m gone,” he kicked one of the buckets, “take the bolts and clean them up on that wire wheel. I’ll be back in a little while.”

When he returned he got out a drill motor and fitted a cylinder hone into it and showed me how to ream out the cylinders. While I was doing that Stef began sorting out the clean bolts and arranging them by size on the table. He then put new rings on the pistons and after wiping the cylinders out with a clean rag began to replace the pistons into the block. And he was doing all this without any manual!!! New bearings went on everything that needed them.

When it came time to start bolting things together he went into his house and finally came out with a manual. He used it to get the torque specs, and over the next several years when we rebuilt a few dozen engines, mostly Chevy 350s, he ALWAYS went to the manual for the torque specs. He NEVER relied on his memory.

Around 4:30 that afternoon the engine was back in the boat and reconnected to the propeller shaft and a battery. Stef turned the ignition key, pushed a chrome button and VARRRRRRROOOOOM!!! MAGIC!!!

What I’m coming around to here is that it really wouldn’t matter if a van I was interested in had a bum engine or not. Simply rebuild the thing and start off with ZERO MILES on it. At the very least we’d be able to replace such things as wheel bearings and service the brakes.

One thing about this possibility is that I’ve always wanted to see the Grand Canyon. Can’t do that in a boat. I have a good friend who owns a house in Kentucky that I could go visit and crash with for a little while. We’d been “roomies” before. I could build a simple, silly boat like a Puddle Duck Racer Goose (12-feet long) build it with a minimalist cabin and then put it on a small trailer and tow it up to Minneapolis and run down The River to Mobile in it. Doing it on a 12-foot boat would certainly generate some media attention, I’m sure. My brother David’s wife lived in Minneapolis for years and I’m sure I could get her to talk one of her friends into letting me store the van at their house while doing the trip.

I could always head into Mexico in the winter. After all, I already know the language.

¿Quién sabe? In a lot of ways this is actually more “DO-ABLE.”

Tagged as adventure, Living in a van down by the river, Retirement